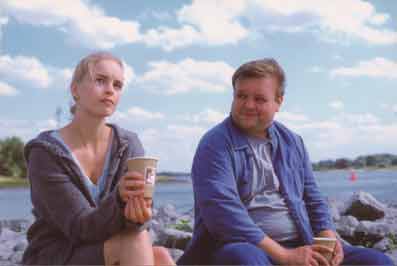 In the hot springs in Stuttgart, a young woman is drifting in the water, play-acting as „dead man“. The young woman is Leyla. A man watches her, talks to her. The two take a liking to each other. The man meets Leyla again and falls in love with her. The man is Thomas Seeliger, a lawyer. After their first night together, Leyla vanishes. And reappears in a different town working in a factory canteen. She’s looking for another man: Blum.

Blum is a murderer. His victim was Leyla‘s sister. After 14 years in prison and the psychiatric ward, Blum has been given a second chance. He’s taking part in a re-socialization programme. That’s what Leyla has been waiting for for 15 years. Thomas starts looking for Leyla. He finds clues that lead him to Blum, his client. As he realizes the connection it’s almost too late. Leyla and Blum have disappeared.