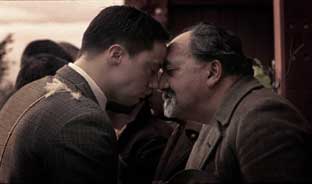 Tiare (a Koro, or old man), a veteran from the Vietnam War, lives homeless, wandering the city, collecting bits and pieces in his plastic bags. His daughter tries to persuade him to return to their ancestral home, but he does not wish to go there. However, one day events cumulate, bringing back the past that haunts him and returning him so his home, after all …