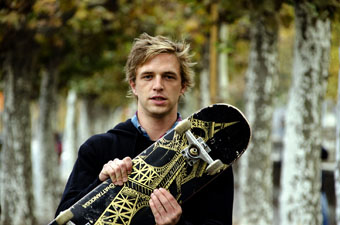 Jullo, Edo and Chiara: three adolescents like thousands of others. Three teenagers whose lives are sport. Jullo “is” his skateboard; Chiara conquers the world on skis; Edo plays hockey.

One day, Jullo, Chiara and Edo suddenly discover their own lives, each in their own way. Fears, dreams, surprises, loneliness, uncertainty, expectations, impermanence, imbalance. Then one moment, one second, one “click.” A click after which they rediscover themselves, which leads to adulthood – or unsparingly carries them away.