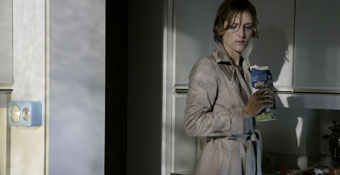 God, protect me from the sheer force of my own will! It is night. A storm is raging outside. Magdalena killed Frank because she loves him so much. Desperate, she flees into the forest, but she doesn’t get very far …