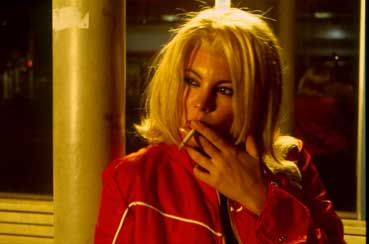 Opportunity makes the thief: Initially, Fabian and Jane are planning to hitchhike to southern climes. But when an idiot jeep driver nearly runs them over in the car park and then foul-mouths them, they decide he hasn’t deserved any better and nick his car. A few miles on, however, they discover the jeep owner’s girlfriend sleeping off her hangover in the backseat – completely doped and with a gun in her hand.

No problem for Fabian: To stop them all from having to turn back, he starts making up a mad story. But when he begins to mix episodes from his own life and how he met Jana into his intricate fairy tale, Jana slowly becomes fed up. For once, she wants to hear nothing but the truth from Fabian – no lies, no tall stories. And for once Fabian has no chance to cover up his mistakes.