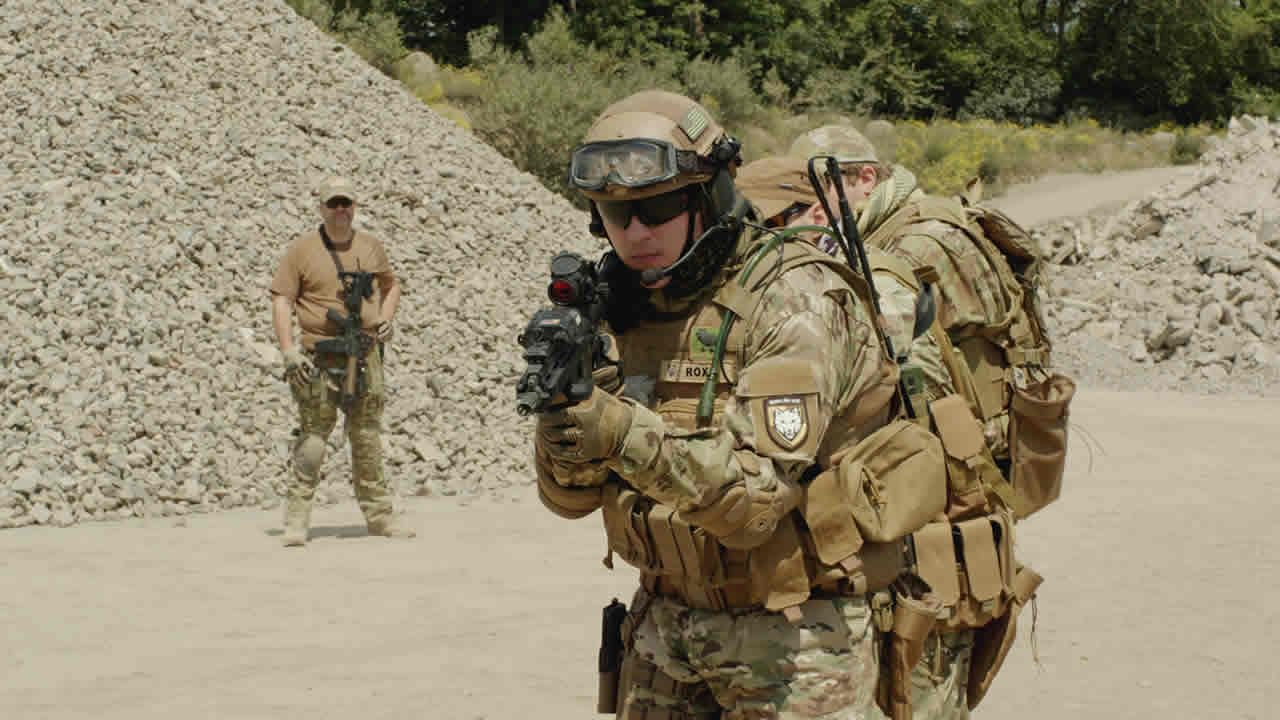 Germany – a weapon-free zone. Most people here have never held a real gun in their hands. They try it out with models and planning games. In alternating episodes, the film shows people keeping old traditions alive, practicing sports and carefree children’s games. The film observes an Airsoft club in Bonn where the members copy, down to the last detail, the appearance of U.S. elite soldiers. Only the somewhat inept training sessions reveal that it’s not real soldiers who offer training here.

The film accompanies the model builder Matthias Schmeier who assembles delicate dioramas of the Arabian Spring – driven by the desire for clarification of the political and social consequences of arms trade and war. And it shows the film director Dominik Graf staging a corpse; the attempt to overcome the impossible, representing death in film.