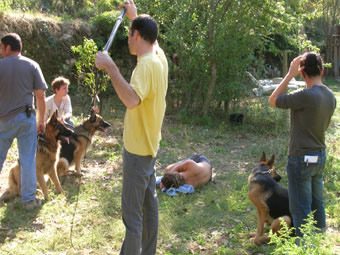 Pierre and Mark, two youths, spend a weekend with Mark’s father out in the countryside. He has many dogs that are allowed to roam free. Pierre is afraid of the dogs.