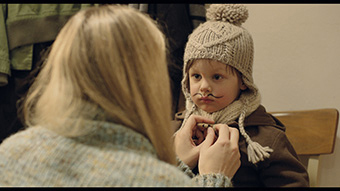 Nursery school teacher Angelika actually had other plans for the evening, but when 4-year-old Nikolaus isn’t picked up from school, she takes him home with her. During this unintentional encounter, they develop a closeness which is abruptly interrupted when Angelika’s boyfriend Benno shows up.