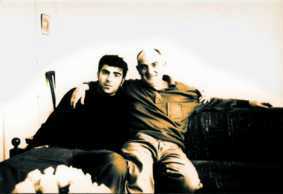 In his first documentary, the filmmaker takes a look at his family’s roots. In 1965, his father came to Germany from Turkey to try his luck as immigrant worker, planning to stay just a couple of years. But then he asked his wife to join him in Hamburg and now he’s still working in the same dry cleaning factory that offered him his first job. A very personal insight into the life of a Turkish family with German passports, a journey from Hamburg Altona to Filyos, a small fishing village on the Black Sea that his father left 35 years ago to start a new life.