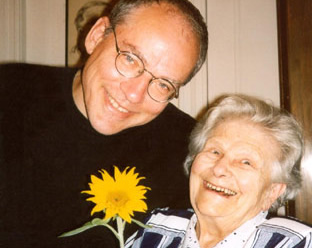 “When the NDR-TV suggested a self portrait on the occasion of my 60th birthday, I immediately warmed to the idea. Who better than me? After all, I published my first memoirs ‘Sex und Karriere’ at the age of 34 and have kept a diary since the age of 17. To make the personal public – that has been one of my aims in gay politics. This is the only way to overcome prejudices.

I was often accused of cultivating an image, especially after my coming out. In the course of the 35 years I’ve been working in and with the media, I obviously learnt to work with publicity, but only as a means to convey contents. I was lucky to have been able to document the gay scene world-wide since the outgoing 60’s. Especially during the aids crisis, I was able to support the battle against discrimination with many films, charity events and actions both in the US and in Germany. I am proud to be controversial and to have met with as much approval with my films, close to 60 in all, and my numerous TV appearances as with disapproval.