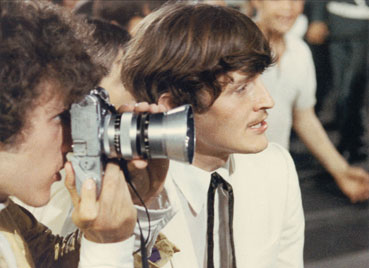 The film plays in a country that is unnamed, as is the member of parliament who is assasinated. All the same, the title sequence states that similarities with living persons and real events are intentional. Clearly, the backdrop is Greece shortly before the junta took over the country.

In classic Greek, the letter “Z” means “he lives” – the motto used by Lambrakis’ supporters after his assasination. When a pacifist opposition group plans staging an event with their leader, Z, a university professor, MP, and NATO critic, they encounter serious difficulties. Finally they are allocated an auditorium that is far too small. Hundreds of peace movement supporters gather outside the venue, but also a number of violent members of the conservative right-wing party intent on disrupting the meeting, while the police stand by and watch …