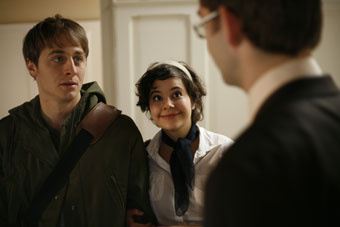 Twentysomething Tom is desperate. His girlfriend Kathrin threw him out so that he would finally start looking for an apartment for the two of them to share. But right away he realizes that he doesn’t have much to offer as a single student. Then he meets Nola, who without hesitation declares him as her fiancé and together they work out a plan: together, as a “couple”, they will look for an apartment for Nola, and one for Tom. When they finally find the perfect apartment and get “close” to each other one night while partying, Kathrin shows up. Tom has to act: should he go back to the familiar or finally make a decision on his own.