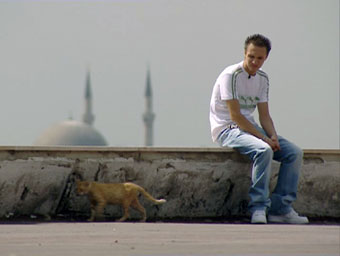 An 18-year-old pupil in Germany of Turkish descent and a young man visiting a German grammar school in Istanbul relate their experiences. Semih lives in Cologne where he was born and spent his childhood. Now he’s trying to find a way for himself between the two cultures. Tamer lives in Istanbul where he visits a German grammar school. His parents very much want him to have a disciplinary German education. The similarities and the contrasts between the two protagonists make up the documentation’s dramatical frame.