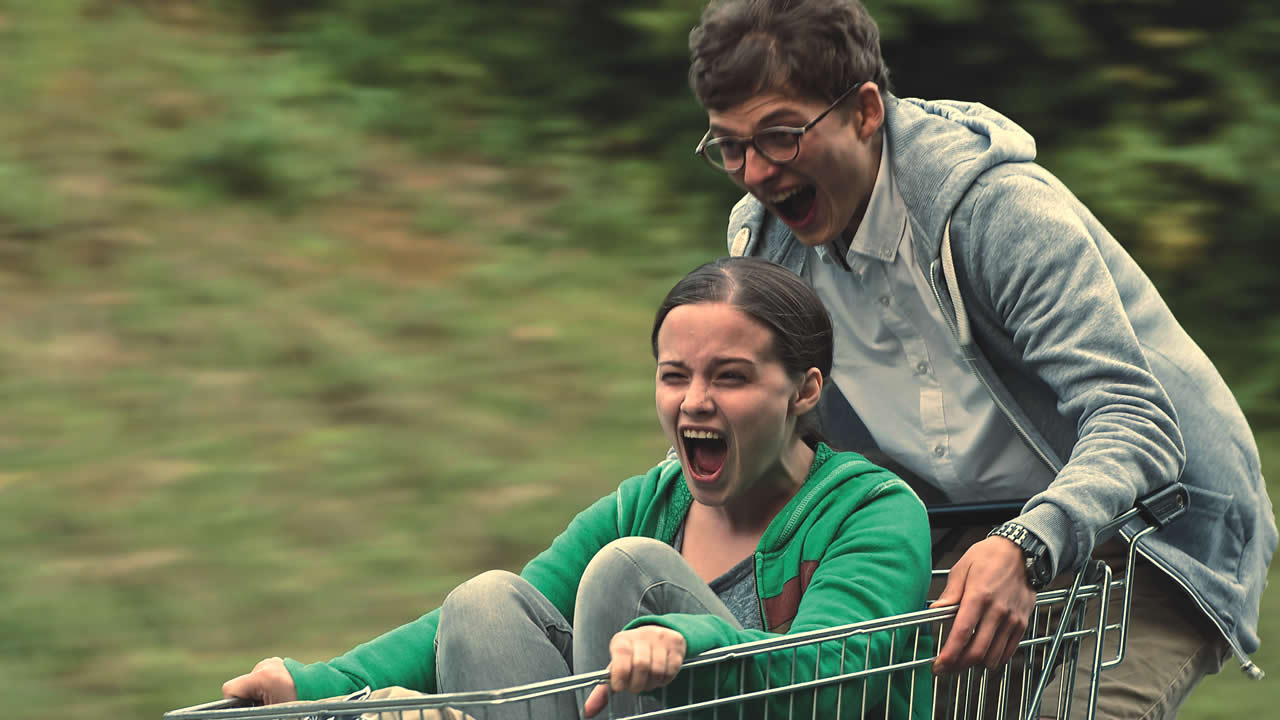 Charleen, nearly 16, is one of those teens who seem to carry the weight of the world on their shoulders. Maybe it’s her traineeship at an undertaker’s, or her passion for Kurt Cobain – Charleen seems drawn to the darker regions, even though she won’t pass up such Hollywood-worthy, communion-with-nature moments like getting soaked in the rain. Her mom thinks something’s wrong with her, but Charleen only wants to be left in peace. One day, feeling especially melodramatic and rebellious, she decides to call it quits with life. Luckily, her botched suicide attempt doesn’t take her to the hereafter, but to the here-in-the-hospital.

Now comes real stress – with her crazy family, a creepy therapist, a by-the-book social worker, a perplexed best friend and a classroom full of idiots. But wait a minute, there’s also Linus, the school nerd whom she meets at the therapist’s. Weird for sure, but somehow caring, interested and fun to be with. In fact, life is really starting to be fun. After her first kiss with Linus and their first tentative embraces, it dawns on Charleen that the opposite of death is love – and that life deserves a second chance.