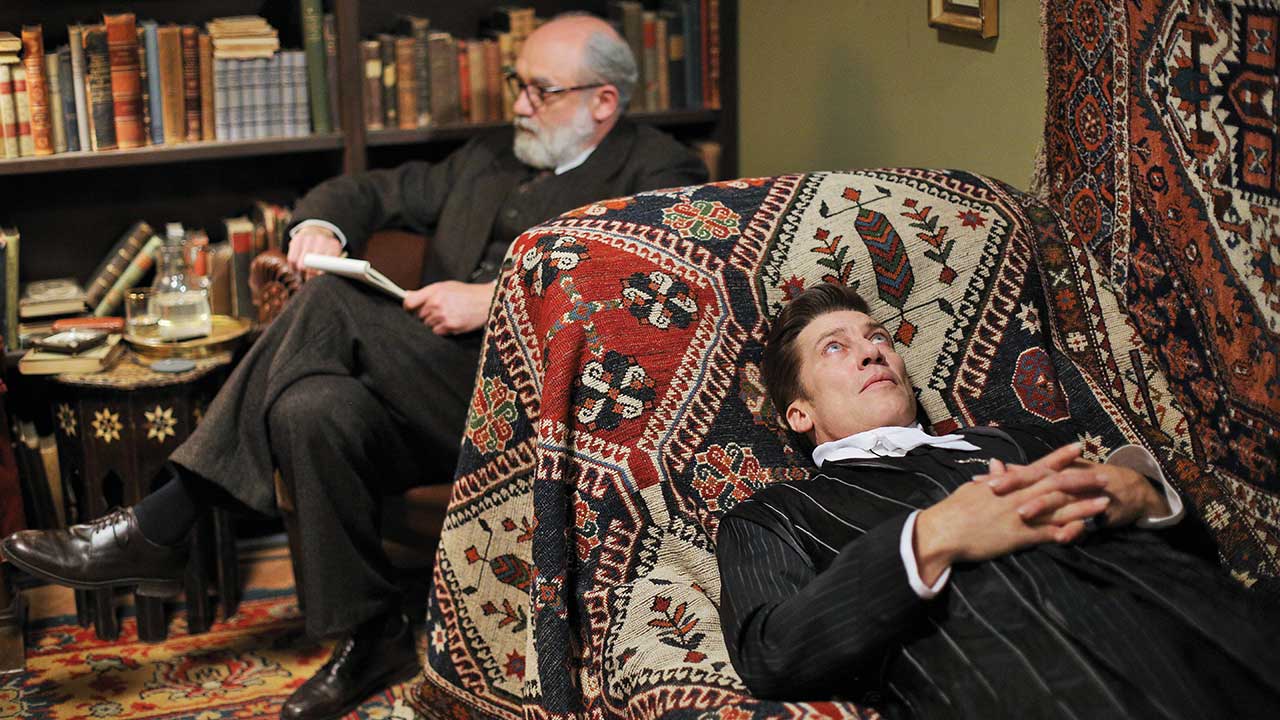 Vienna, the early 1930s: One night Sigmund Freud has a new patient on his couch – a mysterious count who can no longer bear the “eternally long” relationship with his wife. The vain countess incessantly complains about not being able to look at herself in a mirror, the professor hears from the count.

Coincidentally, the count notices a painting in the room, one which awakens his spirits. The painting is of Lucy, the girlfriend of a young painter called Viktor, who illustrates his patients’ dreams for Freud. The count, however, is convinced that he has found the reincarnation of his great love Nadila.

Unaware of the fact that the count and his wife are vampires, Freud introduces his mysterious patient to the young painter, Viktor, whose portraits express more than a mirror ever could. While visiting the painter, the count takes an instant shine to Viktor’s girlfriend Lucy – more so than Viktor and the countess would like.

ABOUT A GIRLTHE FAREWELL PARTY / AM ENDE EIN FEST