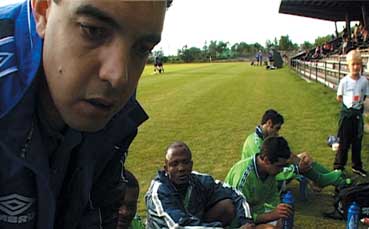 Zico left Morocco to seek his fortune in Iceland. After running a small business for ten years, he goes bankrupt. Desperate and depressed he decides to fire up his amateur team called “Africa United” and take them into the semi-professional 3rd division.

He calls upon immigrants all over Iceland, players from Morocco, Nigeria, Colombia, Serbia, Kosovo, Gambia and Guinea to help realize his vision. The road to success is rocky and mid-season “Africa United” has lost all matches; their best player walks out on them and Zico decides to fly to England to ask his role-model in football for advice. On his return, he’s full of new ideas on how to approach his goals in life and in football.