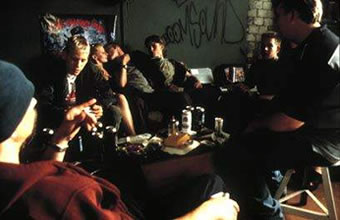 After her parents’ divorce, 16-year-old Sabine moves in with her father. Adapting to life in the run-down estate is made even harder by the other pupils’ reluctance to accept her. Her only hope lies in her class-mate Eddie who after shool often hangs out with some older youths …