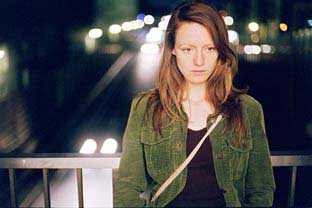 Maria’s life as a student is marked by her craving for closeness and excesses with sex, tablets, and alcohol. Her greatest enemy is loneliness which she tries to combat with an affair with Wolfgang and numerous one-night stands. Maria is “borderline”, she has problems defining boundaries.

One morning, a young student – Jan – appears in the university library where Maria works. As the two grow closer, Maria realises that for the first time ever a close and honest relationship might be possible. She tries to break with her former life but, being afraid of failure, doesn’t know how to. She does her best to keep her past secret from Jan but by doing so unwittingly heads for a catastrophe.