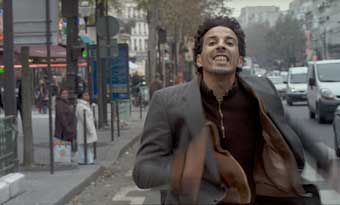 Yacine is in his early 30s and earns his livelihood with small jobs. He is a youth group supervisor, tourist guide and dishes out soup in the evenings for the Salvation Army. He lives in a mobile home – his protected little empire beyond reality. Yacine is enthusiastic. Sometimes funny. Sometimes violent. Yacine is looking for something. He doesn’t want to belong to anything. He doesn’t want to be the son of an immigrant any longer, one from whom either violence or submissive integration is expected.