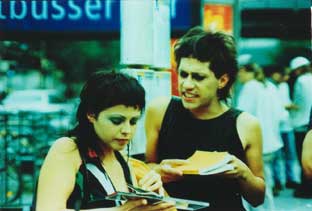 Francesco, a young man from Naples, who prefers to be called Francesca, shares with the Italian girl Giada an apartment in Berlin. Together they dive into the world of prostitution. Through one of his clients, Andreas, Francesco meets Suzanne, a 38 year old woman, and a former political prisoner. Suzanne – searching into her past through a dossier on herself compiled by the Stasi (the East Germany secret police) – tries to uncover the names of the spies that brought about her arrest. At first she thinks that Andreas might have been the spy, but through further search a much dreaded and incredible truth comes to light.