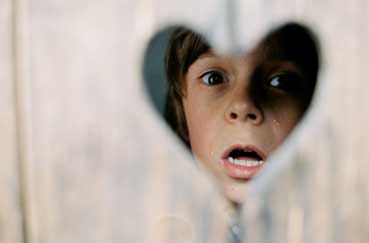 Everyone knows everyone else in the small provicial town in the Eiffel. And most inhabitants have their own ways of keeping their knowledge up to date: Some gather their information by means of a pair of binoculars, others prefer to rely on gossip. And all are duely shocked when a young plainclothes policeman dies on a lonely country road. Apparently, the fatal accident was caused by a deer. At least that’s what the police report says, and this is confirmed by computer freak Harald who comes forward as a witness.

Only little Arnie who’s spending his holidays on his grandpa’s farm believes to have seen something different. But the only person to take him seriously is Hannah, the cleptomaniac policeman’s wife and the best-hated woman in town. Until one day Arnie vanishes without a trace …