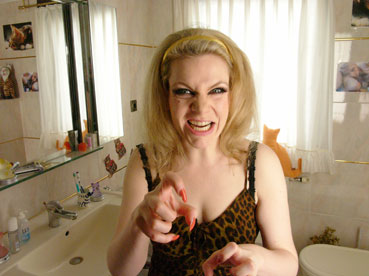 One day on his way home, Ronnie Galpertos seemingly by chance finds a cat and gives it to his wife, Elvira, as a present. The depression-prone woman who involuntarily remained childless turns into a fanatic cat mum. When she finds her beloved pussy lying dead in the cellar, she falls into a deep depression. But then a new cat appears out of the blue, looking strikingly similar to the dead one, and Elvira is happy again, while Ronnie slowly goes mad. He believes the cat to be the devil in disguise who not only exerts a demoniac influence on his wife but is also responsible for the disappearance of two women from the neighbourhood …