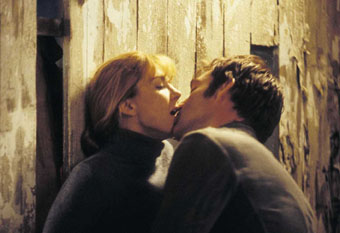 England in the late 1950s. Prudery, the class system and a repressive atmosphere mark the backbone of everyday social life. Stella is the wife of a promising young psychiatrist, Max. With their little son, Charlie, the couple live on the grounds of a remote mental asylum where Max has started working as deputy director. Self-confident and headstrong, Stella feels constricted in the new surroundings. She falls for one of the patients, the sculptor Edgar Stark, who killed his wife in a jealous rage.

Although Max suspects nothing, Dr. Peter Cleave guesses that the two are seeing each other. Cleave, who is fixated on Stella himself, attempts to get Edgar to admit to the affair – to no avail. When Edgar breaks out of the asylum, Stella continues to see him, ignoring all signs of his changing behavior. Then the affair takes on alarming proportions …