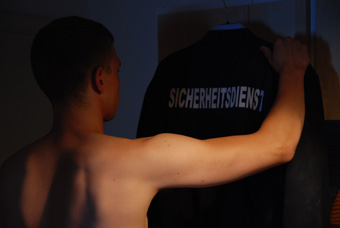 The young security guard Simon is beat up on his way home by a gang of young girls. His life and self-image are thrown out of balance, but he tries to pretend like nothing happened. However, an unbearable situation emerges from fear and shame, until he sees only one solution to restore order in his life.