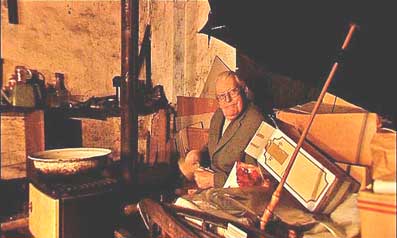 In Europe, more and more old shops are vanishing. There’s no place for them in a modern shopping culture that celebrates Scrooge as hero of the day. The film documents four of this dying breed of small local shops and the people running them, the relationship to ancient buildings, memories and longing, loneliness, love and despair. The film shows people in the “roles” they play, in their dealings with spaces and things and customers, with themselves and each other. The camera becomes a silent observer watching and listening to the bustle in the shops and the times of peace and quiet, people talking to themselves and with others. Every customer is special, and that’s the way they’re treated.