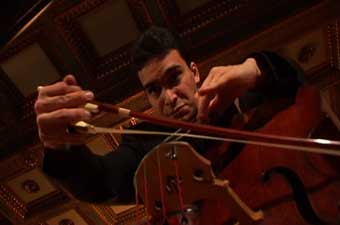 Six contrabasses: an unusual sight, the way the young men from Bassiona Amorosa outgrow their huge instruments. As virtuosos in their field, they came from dispersed lives in Eastern Europe to Germany. This is where they found their musical home and came together to create an extraordinary ensemble. They were able to bring the instrument out of the dark corners of the orchestra pit and thrust it into a position where one would least expect it: front center stage, all on its own.