BEHIND THE COUCH – CASTING IN HOLLYWOOD 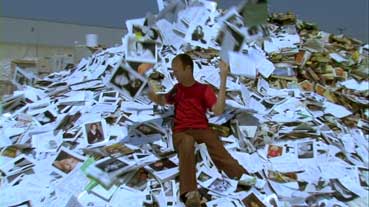 ”90% of directing is casting” (John Huston) Which are the criteria that decide on tomorrow’s stars? The film takes a look behind the Hollywood scenes and accompanies a woman who’s at the helm in this mysterious game: casting director Zora DeHorter.

Veit Helmer follows the casting of a feature film from the first meeting between casting director and film director till the first take on the set, highlighting the cooperation of agents, managers, producers and directors. The seemingly confusing system is decoded. The selection process is tough: thousands of head shots end up being rubbished. Very few actors have the honour of being called for an audition. At the end of countless call-back rounds, just one of the many hopefuls is chosen.