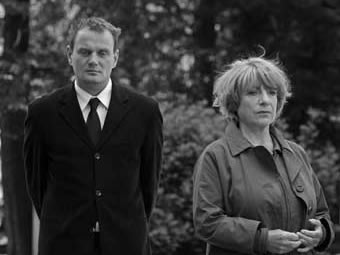 Genetic researcher Josephine Merkur, an employee of Stilling-Phoenix’, a pharmaceutical company, is found dead in her laboratory, apparently due to an explosion. Even though District Attorney Mehlhorn, suspecting an act of terrorism, hands over the proceedings, detective superintendant Bella Block stubbornly goes on investigating and, after some initial infighting over responsibilities, she and her colleague Köbis team up.

The militant animal rightist and watchman, Bärbaum, is suspected of having committed the attack. But then Bella discovers that Josephine had been killed before the explosion took place and that Bärbaum is innocent. And then there are connections between the Stilling family and China that obviously have something to do with Josephine’s death.

Bärbaum gives himself up to Bella and tells her about a film that apparently proves the company’s Chinese wheelings and dealings. Bella lets him off to find the film. A grave mistake, as it turns out, for shortly afterwards he’s discovered tortured to death …