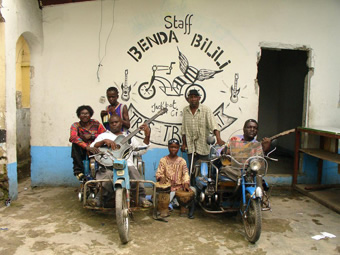 Ricky has a dream: to make the Kinshasa-based band Benda Bilili the best band in the Congo. Roger, a young street boy, wants to be a part of these “Stars from the Ghetto” who drive around the city in their three-wheeled carriages. In the dangerous streets of Kinshasa they stick together and draw strength and hope from their music.