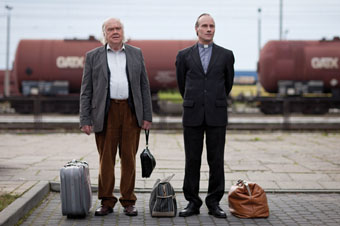 After her mother’s death, the actress Magdalena Behsler, called Lena, turns her back on the theater and returns to her small hometown. She rents a room from a Julius Dahlmann, a childhood friend of her mother’s. As a child, Dahlmann lived in Poland until 1944, in Auschwitz, there, “were it all began”, as Lena’s mother always said. Lena’s boyfriend Ludwig is waiting for her at home and asks her to marry him, but she is not ready to commit. She decides to travel to Poland, to find answers to the questions she was never able to ask her mother.

For Lena and Dahlmann, the trip through unknown Polish landscapes becomes a journey into the past. And Richard’s feelings for Lena lead him to doubt more and more the purpose of celibacy …