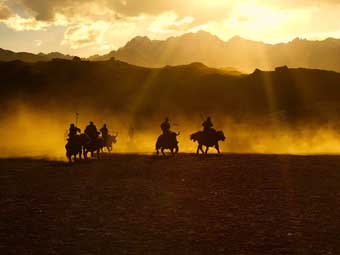 The young Swiss director Gaël Métroz takes the road alone, without a team, camera in hand, in the footsteps of the author Nicolas Bouvier. He discovers that the Middle East is no longer the almost carefree place once recounted by the writer in the 50s in his book “L’Usage du Monde”: Iran in crisis, Pakistan troubled by tribal violence, the Taliban, civil war in Sri Lanka. This world which Bouvier had the use of seems to have disappeared under the veil of time.