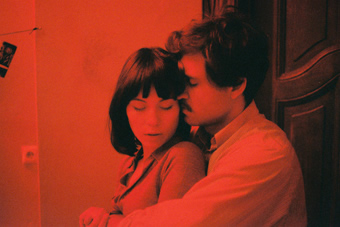 His name is Ilich Ramírez Sánchez, but the world knows him as Carlos. Famous. Feared. A phantom and a phenomenon. In 1975, he was responsible for the terrorist attack of the OPEC headquarters in Vienna. In the years that followed, he operated as a cold-blooded murderer and efficient manager of organized crime – and made a business out of terror. He became the most wanted terrorist in the world, but there are hardly any photos of him. On the ‘wanted’ posters, he’s just a man with sunglasses. Time and time again, he manages to escape into the underground, squanders his fortune in Swiss bank accounts on luxury hotels, fascinates women and uses them to achieve his goals, and takes advantage of his contacts to secret service agencies in both the East and the West. But over the years, he loses his touch and energy – and in the end, even his faithful partners and supporters, who want to wash their hands of him as a blood-stained relic of the Cold War.