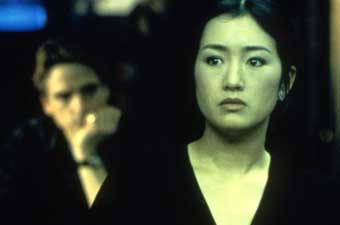 John Spencer, a British journalist, has spent over a decade in Hong Kong. He has no strong political opinions, but a high level of engagement in the hustle and bustle of the city that will be transferred back to China in six months’ time. Though not really an adventurer, he’s quite at ease in neighborhood cafes, while his colleagues prefer clubby, Western hangouts. Also, he’s long been smitten by Vivian, a transplant from China and the proprietor of a posh bar, who, like him, has become a part of the swirl of Hong Kong life. John is accommodating to his surroundings; Vivian, though, is adrift. She’s unable to convince her long-time boyfriend Chang to marry her, because he suspects something tawdry in a past she does her best to conceal.

When John learns he has rare form of leukemia and only months to live, his journalistic inquisitiveness erupts, and he begins to pry open secrets that up to now he preferred to leave well alone. He works furiously to pursuade Vivian that life with her nouveau riche businessman lover would be a sham. He turns a camcorder on the streets of Hong Kong, hoping to find a mirror to his own desperation and solitude. But shooting the city from a distance doesn’t bring him close to its pulse.

Then he comes across Jean, a street hawker whose scarred face portends mystery. Sensing he can trust her, he lends her his video camera, asking her to record her life story. Jean’s tape not only finally provides John with the links he’s been looking for, it also documents the “real” Hong Kong one last time.