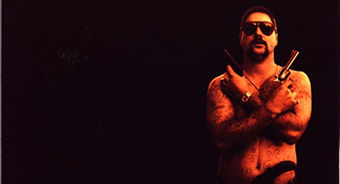 As a young standover man, Chopper Read dreams of being remembered as a legendary crime figure. To escape a domineering father and repay a debt to his best friend, Jimmy Loughnan, he attempts to kidnap a jugde, ostensibly to effect Jimmy’s release from H Division, the maximum security section of Melbourne’s Pentridge Prison …