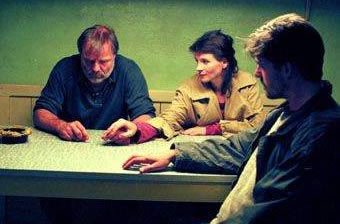 The acress, Anne, is involved with Georges, a war correspondent who’s rarely back home in France and who has a hard time adjusting to life in peace. His younger brother, Jean, escapes from the lack of perspectives on his father’s farm to the city. He’s barely arrived in Paris when he clashes with Amadou, a black. Amadou tries to defend the honour of a Roumanian beggar and illegal immigrant, Maria, but his attempts merely set the police on her tracks.