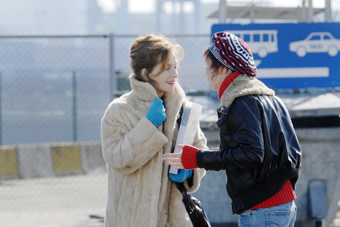 Babou is inconsistent and carefree, she’s never really cared much about what others think. But when her daughter informs her that she is not inviting her to her wedding because she is ashamed of her, she decides to make some changes and get herself onto the right path in life. Extremely hurt, she takes on a job selling time-shares at the Belgian seaside. But potential buyers are rare in the winter and the temptation to just let herself go is great. But Babou is determined to win back her daughter’s respect and present her daughter with a worthy gift …