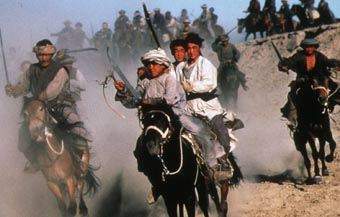 Two women, both capable fighters, whose fates intertwine during the Ching Dynasty. One of them passionately tries to break free from the constraints society has placed upon her, even if it means giving up her aristocratic privileges for a life of crime and passion. The other, in her lifelong pursuit of justice and honour, only too late discovers the consequences of unfulfilled love. Their two destinies lead them to a violent and astonishing showdown in which each makes a surprising, climactic choice.