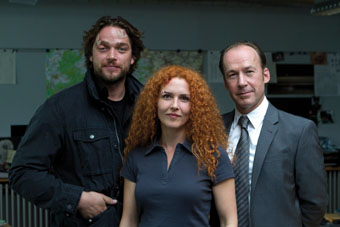 Eleven years ago, an 8-year-old girl disappeared from a small German town on the German-Czech border. Although her body was never found, nor were there any traces of blood or DNA evidence, a mentally-disabled man was coerced to confess to the crime. Even though he withdrew his admission of guilt two days later, the forced confession was enough to convince the ruling judge. The responsible investigator Altendorf was discharged so that the investigation could be sped along by another colleague.

Now a current murder case brings 32-year-old chief inspector Tanner together with the man who led the investigation back then. The long-retired inspector Altendorf could never really forget the case. The film describes the gradual coming together of the two inspectors, in the course of which the younger one, Tanner, becomes more and more fascinated and irritated by the cranky, seemingly aloof older colleague as well as everyone around him. Although he is supposed to be investigating the current murder, Tanner is drawn deeper and deeper into the labyrinth of events which took place back then. He discovers new evidence and links, and when he follows a trail into the red-light milieu beyond the border, he almost pays for his daringness with his life.