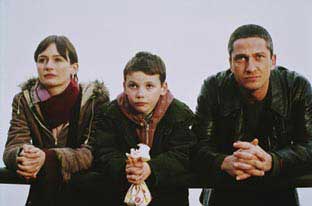 The film is a heartwarming and often humorous tale of nine-year-old Frankie and his mum, Lizzie, who have been on the move ever since he can remember. To protect her son from the truth, Lizzie has invented a story to satisfy Frankie’s curiosity. She regularly writes Frankie a letter from his make-believe father who works aboard a ship travelling to exotic lands.

However, Lizzie soon finds out his ‘father’s’ ship will be arriving in a few days. Now she must choose between telling Frankie the truth and hatching a desperate plan to find the perfect stranger to play the perfect father.