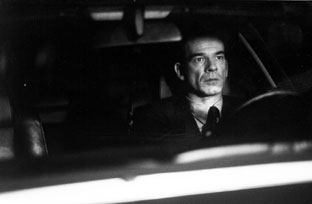 At night, Robert Bergmann is at the wheel of his car, driving along a country road. Shortly after overtaking the car in front of him, Bergmann realizes that it has crashed and returns to the site of the accident. Nearby he finds a woman whom he recognizes as his wife, Julia. Suddenly he has a vision – both he and his wife are dead. The film returns to reality, the couple are left to their fate …