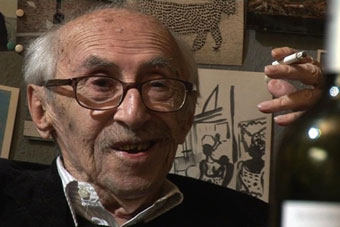 A man whose life was dynamic and full of adventure: Paul Parin. Surgeon, neurologist, famous psychoanalyst and Africa explorer, writer. A Slovenian Jew born while the Habsburg monarchy still existed, a military physician among Tito’s partisans, and with his wife, Goldy, the dream couple of the European left. Ninety-one years old, suffering from a thousand afflictions, nearly blind – and contagiously alive. An insurrectionist and unconventional thinker who has impressed and influenced two generations of young people. He made history with his ethnological studies – and the film features a rare document from Africa.