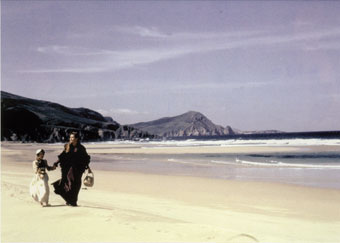 In the second half of the 17th century New England, Roger Chillingworth arrives in the Puritan town of Salem just in time to witness a woman named Hester Prynne being hauled before an open court, shamed and ridiculed by the populace and pressed to name the father of the child she bore out of wedlock. Proud and defiant, Hester not only refuses to satisfy their curiosity but, in doing so, also belittles the town elders.

When, in the course of the trial, the town pastor falls into a faint, Chillingworth, a doctor apparently just passing through town, attends to him and is welcomed into the community. He appears particularly interested in Hester and her fate and especially the question who was the father of Hester’s child?