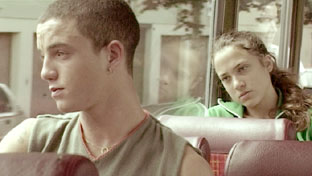 While other teenagers go out on dates and get drunk for the first time, Sabine focuses singlemindedly on becoming a top athlete. Her sole objective: to improve her physical prowess, no matter what.

The special sports boarding school she trains at doesn’t offer her enough challenges. She even starts to compete with the opposite sex but doesn’t realise the severe consequences for her emotional and physical health this might have. But failure is a word non-existent in Sabine’s vocabulary. Even so, if she continues in that way, she may be heading for a fall.