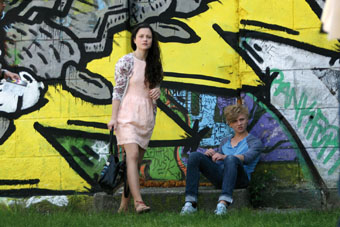 Hans, 15, provides for his four brothers and his grandmother after his parents die. He works as a courier of false diamonds for his uncle Fritz. Hans fights like a modern-day Robin Hood against the institutions and the greed of the rich, and for the justice of the poor.