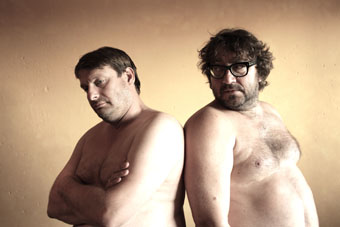 Sven lives with his mother Edeltraut, who is suffering from dementia. He shares his entire life, the apartment, even the bed with her. During the day he works at a bank. While he is at work, Daniel comes to the apartment to look after Edeltraut. He goes with her to the hairdressers, on walks, shopping, and tidies up the apartment. But one day while Daniel is cleaning the windows, Edeltraut locks him out on the balcony and takes off. The two men go out looking for her. But what they find is not Edeltraut, but rather a tender fondness for one another, one which turns both of their lives upside down.