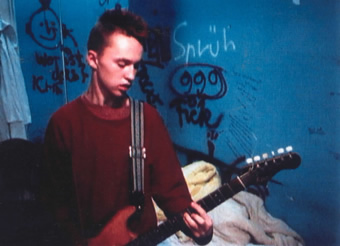 It’s the year 1980 – Oliver Neumann is 14-years-old, he is always fighting with his parents and cannot decide if he wants to be a punk or join the Bagwhan movement. In the middle of puberty, he constantly rebels against society and is part of the “I don’t care” generation.
With his camera, filmmaker Wolfgang Ettlich accompanied Oliver until 1995, on his search and path to adulthood. In the course of the years, he got married and is the father of two sons, Nicolas and David.

The documentary DIE NEUMANNS – SO IST DAS LEBEN begins 10 years later, in 2005, when his sons are the same age as he was back then. The film accompanies the middle-aged ex-punker for five years. The tables have turned, now Oliver and his wife Ellen have to deal with their adolescent children, always struggling and trying to instill in them certain values for their future lives… while grandfather Lutz wisely analyses the events from a distance.