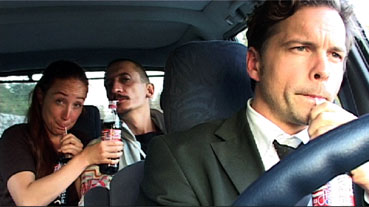 Dracula and back! When Martin, a young German, discovers that his estranged father has died in Roumania, he sets off for Transylvania – with nothing but naïve preconceptions in his luggage. But instead of finding himself up against Count Dracula, Martin is faced with the mundane worries of the Carpathian state. A Prussian bookkeeper’s mentality doesn’t side easily with the frugality of Hungarian-Roumanian life …