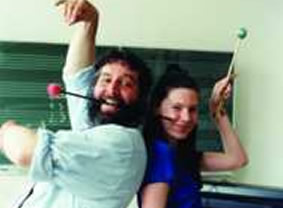 The journey to German historical sites starts with the director’s earliest memories of his home country: the holocaust he only just escaped. 60 years later, he returns to Berlin and talks to children at the Heinz-Galinski-School. Full of hope for tolerance and understanding, the film shows Jewish life in Berlin today. Eberswalde, a sinister site of the most recent German history, presents a stark contrast. Nine years ago, the Angolan Antonio Amadeu was beaten to death here by some youths from the extreme right. But Eberswalde is standing up for itself, and here, too, Lilienthal finds reason for hope.