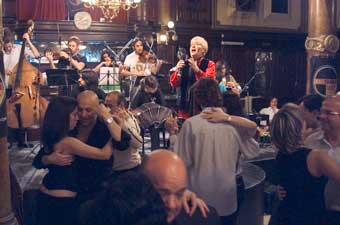 In Pompeya, a quarter on the periphery of Buenos Aires, there was a unique tango bar for many years, named after its owner “El Chino”. El Chino himself was an unusual man, for whom only two things in life really counted: his son and singing tango with his friends, which he did for more than 30 years. Eventually, the bar became so famous that it was impossible to get in without a reservation. In August of 2001, El Chino’s son died, and a few months later, El Chino followed him. From that day on, the bar’s demise began.