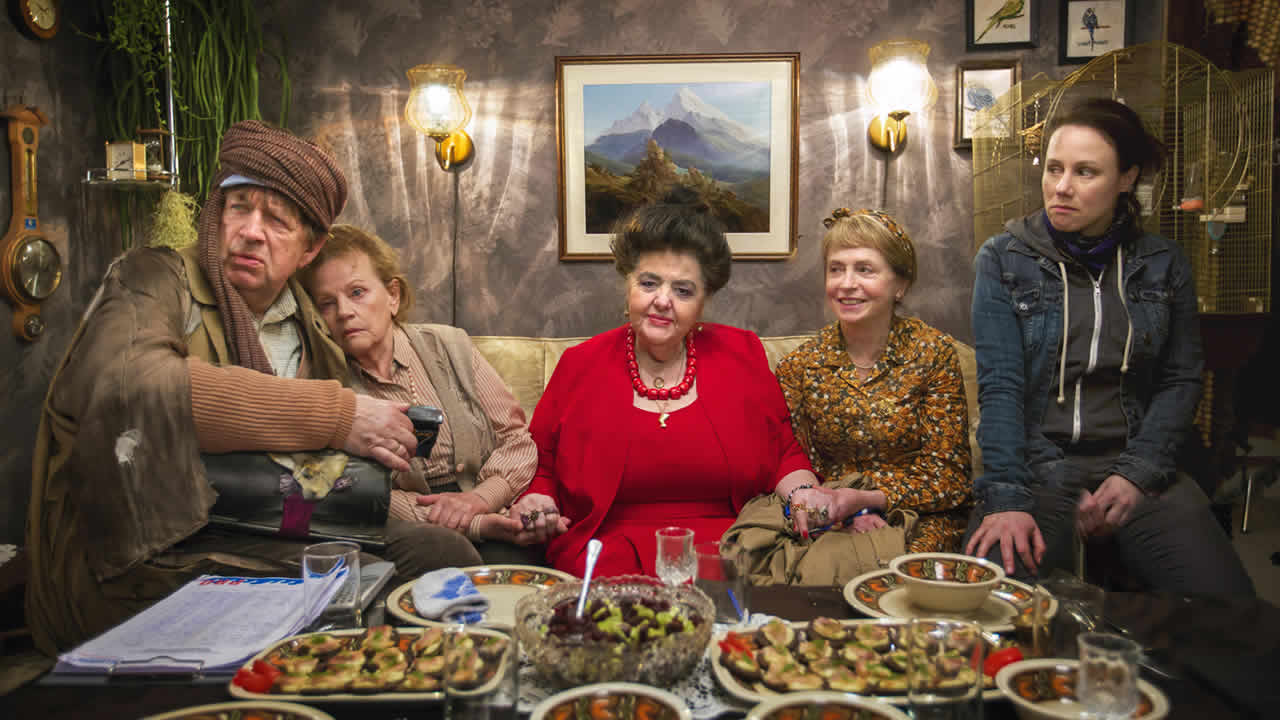 In a single afternoon, the early retiree Hubert Lotzmann manages to dupe his sisters-in-law, to betray his autonomous daughter Bille to the police and to forget his wife Annemarie’s birthday. And when she finds out that he has sucked her beloved budgie into the vacuum cleaner and in the process ruined her longstanding Fuzzbuster 500 vacuum cleaner, Annemarie’s patience runs out and she kicks him out: she gives him exactly two hours till dinner – if he doesn’t return with the repaired appliance, he doesn’t need to bother returning at all!

In panic, Hubert takes off and runs into chaos. A new discount electronics store is supposed to have its grand opening that evening, preparations are in full swing – but Hubert doesn’t take no for an answer, he finds a way inside and demands that the employees save his vacuum cleaner and the budgie, immediately! The local police outside on the stage set up for the grand opening think it’s a hostage-taking and are ready to storm the store to capture the “terrorist”. Filled with fear and respect, Annemarie and her sisters-in-law follow the whole saga on TV – but in the end it’s Bille who comes to her father’s rescue. Together they not only save the vacuum cleaner and the budgie, but also their family.